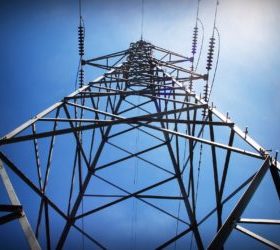 The dream that I often encounter is a self-sufficient energy system. A house that does not need to be connected to the gas and electricity network. It’s an interesting goal, but also a goal that I don’t quite understand. Of course independence is nice, but why would you necessarily want to be independent of the energy grid. It is expensive, inefficient and above all: it makes you vulnerable. The latter is what you want to avoid, even if you still want to be self-sufficient. A good example is the situation of energy supplies in Texas. Within America, Texas is “the energy state.” In addition to oil, Texas now also focusses on wind energy. For example, there is 30 GW of wind turbines. By comparison, the Netherlands has 7 GW, while the population in Texas is still less than double that in the Netherlands. Yet Texas is now facing an energy crisis. Millions of people are without electricity. Of course the extreme winter weather is the direct cause. But besides frozen windmills and frozen oil pipes, there is another important cause. Texas’s energy system is completely autonomous. There are no connections to other states. And the Texans are, or at least were, very proud of this.

In the Netherlands, there is a lot of focus on connecting energy systems with other countries. This is a good thing. I always think the best example is the connection with Norway. If we have a surplus of electricity, the electricity is used to pump water to the reservoirs in Norway. When we need electricity again, the turbines are turned on.

The question is, of course, how do we proceed if we want to get rid of natural gas. If we, in these winter days, assume we would use heat pumps based on outside air we quickly need 5 kW per home for a well-insulated home. Based on 8 million homes, about 40 GW is needed. The installed capacity in the Netherlands is now almost 20 GW. So apart from the pipes, the installed capacity in the Netherlands is insufficient to heat all houses electrically during winter days.

It’s interesting to look at Texas again. In Texas, about half of the homes are electrically heated, while in the United States this is an average of 30%. The average electricity consumption is approximately 15,000 kWh. The electricity grid is calculated for the summer based on the required capacity for air conditioning. The system is not designed for the increase in electricity demand due to the cold winter.

For the future it is important to connect energy systems with each other. The gas field in Groningen was a large buffer. If we needed more, the tap was simply turned on. That buffer function has lapsed. A solution must be found for this. Connecting electricity grids is an important way to prevent problems. Fortunately, this is now being pursued. Another solution option is to form buffers for both electricity and gas. In the Netherlands we have relatively little experience with this, because we had the gas fields in Groningen. The current subsidies are not yet fully geared to this. In Germany they have put much more emphasis on this. In the Netherlands, too, it is important to take a good look, and encourage this.